We use cookies to make your experience better. To comply with the new e-Privacy directive, we need to ask for your consent to set the cookies. Learn more.

Menu
Account
Settings
Language
US
Due to the current international situation about the COVID-19 emergency, it is possible that the preparation times of orders and shipments may be delayed. Thanks for understanding. Stay safe!

Leslie is a simple pig girl. She loves sushi, she's stuck with a job she hates, and she lives under a brutal totalitarian government-one that punishes transgressors for anything deemed 'unnatural.' Leslie dreams of something different for herself. But those dreams are becoming dangerous... This Italian hit series by Mirka Andolfo (Wonder Woman, Harley Quinn, DC Comics Bombshells) will transport you into a colorful but terrible world, full of anthropomorphic creatures, but light on personal freedoms-by way of a breathtaking plot that travels between thriller and fantasy, with a hint of sensuality.

This is the special edition exclusively made for Mirka Andolfo's Japan Tour 2018!
Limited to 300 pieces.

Just a few copies are available.

Skip to the end of the images gallery 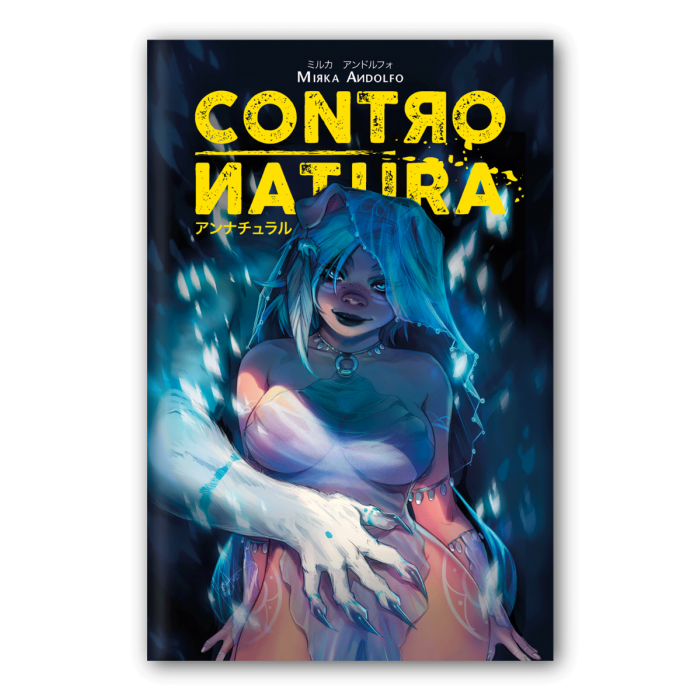 Don't miss any news about new projects and new products from Mirka Andolfo. Subscribe to the newsletter!